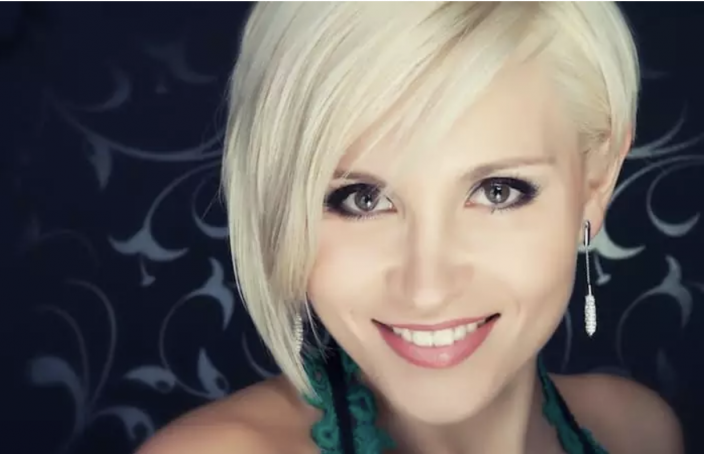 Hi, Kate. Are you putting up more videos soon?

Many men have trouble flirting because their goal is instant sex. Your only goal with flirting should be to make a woman smile.

Obviously if this is a total stranger you should also make the effort to find out some information about her, introduce yourself and maybe get her number but making her smile should always be your number one goal. Why? Because if you can make her smile then your odds of continuing this interaction go way up.

Mirroring is the subconscious replication of another person’s body language, behaviour or speech patterns. When done intentionally, mirroring can have a powerful effect on another person, increasing your likability and building rapport.

I advise against mirroring her body language in particular as you don’t want to assume a feminine posture–that’s just not attractive. Instead, you’re going to mirror her speech. After she’s finished saying something, I want you to repeat back the three words of what she said. This gives her the sense that you’re listening and makes her feel understood and cared for.

So imagine she just said, “I went to the store to buy some books for school.”

You could say, “books for school” or “you bought some books”

It feels awkward at first but with practice you’ll realize just how essential it is to further a conversation. Chances are you’re already doing it in some form without realizing it.

If you’re nervous around women it’s easy to let the basics slip. Make sure you greet her appropriately and maintain eye contact. Smile as much as possible and really treat her the way you would a friend. This goes a long way to make women feel comfortable.

Live in the moment

It’s easy to get up in your head and start worrying about whether or not she likes you or what you’re going to say next. I find the men who are best at flirting are able to completely empty their minds and live in the moment with whoever they’re talking to.

This kind of focused attitude is very attractive. Plus, it keeps the interaction feeling authentic and one of a kind.

Don’t be afraid to tease her. Many women find joking around in this way to be extremely attractive. Keep it light and fun and she how she responds.

Just be sure that it’s clear you’re joking and that she won’t be offended. This means no negging.

Women don’t want to hear your life story the first time you meet them. In fact, by keeping some mystery about you you make her want to know more and this gives her the incentive to see you again.

Don’t avoid direct questions but don’t volunteer much information about yourself up front. You want to spread this information out over time.

The focus should be on her as much as possible. Everyone loves to talk about themselves. This also allows you to learn more about her to facilitate jokes and teasing.

So ask her questions to learn more about her and you’ll be surprised how quickly she opens up.

Show her your silly side

Humor is disarming. If you can surprise her and make her laugh then she’ll have to drop her defences a bit and deal with you on a human level. With this in mind, be willing to embarrass yourself and make stupid jokes around her.

What Not To Do When Flirting With Women

Most men fail at flirting not because of their inability to make a woman smile, but because they push too hard and make her uncomfortable. With that in mind, avoid these actions to maintain her interest and attraction.

Now this really depends on the situation you’re in. If you two are out on a date then touching isn’t necessarily a bad move, but if you two just met, keep your hands to yourself. Touch is very powerful and if you introduce it too early and it could instantly scare her off.

Winking is associated with creepy old men. Don’t be one of them.

Again, this depends on how well you know her. You need to remember the goal here isn’t sex–it’s making her smile and gaining her attraction. You need to make sure you know how to flirt without being creepy.

Women shy away from men who just want sex so make sure she knows that you’re interested in actually getting to know her.

RELATED: How To Tell If A Woman Isn’t Interested